Amid tragedy, region shows as a community that cares 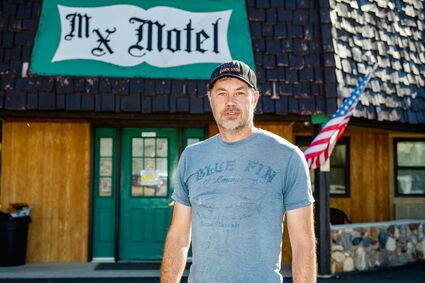 Jesse Anderson, manager of the MX Motel in Chester, poses Wednesday for a photograph. Anderson said his community should be proud of itself for its response to help with an Amtrak derailment near Joplin Saturday.

It's been an emotionally complicated week for many in the region in the wake of the tragic Amtrak derailment near Joplin last Saturday, with the community feeling a mix of shock at what happened, sadness for those three who lost their lives and pride in their community's response.

Indeed, people from across the region pitched in, helping those caught in the crash, the first responders who tended to them, and the workers who repaired the tracks in the aftermath, in a communitywide effort that has drawn the praise of the state and the nation.

People said, talking to the victims of the crash...