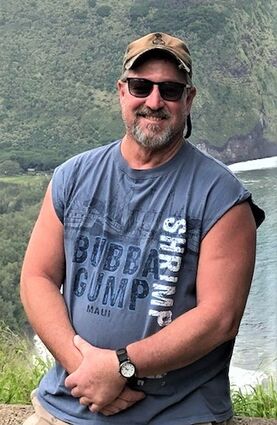 Barry Dean Donoven of Kremlin, MT, 60, passed away on Saturday, September 25, 2021, at home surrounded by his loving family after a short, courageous battle with cancer.

Please visit Barry's online memorial page at http://www.holland.com to send a card or leave a message of condolence for his family.

Barry was born to Keith and Marlene Donoven in Havre, MT, August 21, 1961. He grew up on the family farm north of Kremlin, going to school in Kremlin and graduating from KG High School in 1979. In 1981, Barry welcomed his first child, September, and in 1983 he moved to Hobson, MT, to work on a ranch, and it's there he met the love of his life, Diane Donoven, at Eddie's Corner. On November 24, 1984, the couple were married in Hobson and, shortly after, moved to Kremlin so he could work the family farm and raise their four children.

Barry was a life-long farmer, self-taught painter, drywaller, and a jack-of-all-trades. When he had (what he thought) was a good idea, he would say "YOU KNOW WHAT A GUY SHOULD DO?" Barry had the biggest heart, accepted everyone for who they were, and was always willing to lend a helping hand. He took great pride in his work, but his greatest love was his family. He got the most joy from fun activities and adventures with family and friends.

His hobbies included yard work, boating, cooking/baking, and decorating for holidays. When he was no longer able to farm, he enjoyed racing remote cars with his best friend Denny Melby.

During his life, he volunteered a lot of time to different organizations including the Kremlin Lutheran Church and was the Kremlin Volunteer Fire Chief for many years. These attributes only touch the surface of the wonderful person Bar D was.

Preceding Barry in death was his wife, Diane Donoven, in 2017; in-laws, Les and Mavis Madsen, and numerous aunts, uncles, and cousins.

In lieu of flowers, donations and memorials can be sent to Independence Bank in care of: Barry Donoven Memorial Agriculture Scholarship fund in support of a local Hi-Line youth interested in a career in Agriculture.