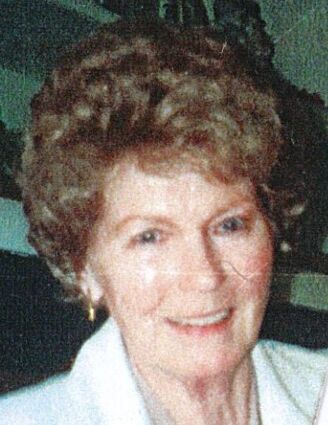 Monica Katherine (Vorderbruggen) Doll, 96, was called home to be with her Heavenly Father on September 28, 2021 due to natural causes.

Monica was born January 10, 1925, to William and Marie (Weniger) Vorderbruggen in Bluffton, MN. She was the eldest of nine children. Monica attended both Bluffton and Wadena, MN, schools.

Monica married Donald C. Doll on July 9, 1946, in Bluffton, MN. They were blessed with five children.

In 1953, they moved to Havre, MT where Monica worked at Buttrey's clothing store. They moved to Missoula, MT in 1963, where she worked at JC Penney's and Buttrey's Suburban for many years. In 1979, Monica completed courses in travel agency and worked for Wide World of Travel.

Monica enjoyed being involved with her church, family and friends. She enjoyed various crafts, woodworking, art, fishing, and traveling. She was a master at gardening and canning produce.

On June 11, 1994, Monica professed her permanent commitment into the Secular Franciscan Order S.F.O. in Havre, MT.

A funeral Mass will be held for Donald and Monica Doll at St. John The Baptist Catholic church in Bluffton, MN, on a later date.

A memorial service will be held at St. Judes Catholic Church in Havre on a later date as well.