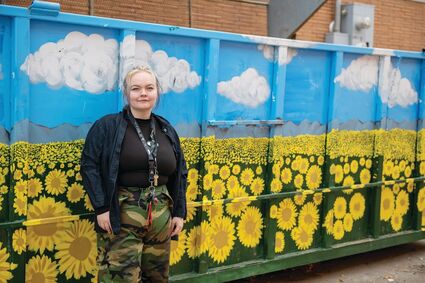 LillieAnne Mecklenburg poses in front of her art project.

Editor’s note: This version corrects the location of Art Alley.

Mecklenburg's work, now in its final stretch, can be seen in the alley between Third and Fourth avenues and Second and Third streets on a large dumpster, one of many projects meant to bring the alley to life and draw people to downtown Havre.

All told, the mural has taken the better part of three months to reach its current state and Mecklenburg said she...