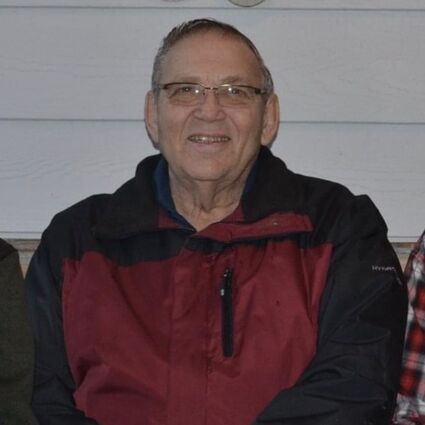 Dale Jerome DeLong was born on June 11, 1937, in Crosby, North Dakota, to Arthur and Gladys DeLong.

Dale was the third of four children and attended school in Alkabo, North Dakota, through the sixth grade. The family then moved to Havre, MT and Dale graduated from Havre High School in 1956.

Dale began the painting trade with his father at age 14 and continued painting throughout his working years. In the latter 1970s, he started his own business, DeLong Painting and Decorating. Dale was a meticulous painter and would often be observed quietly scrutinizing paint jobs in homes he entered. Taping, texturing, and painting had to be done correctly or Dale wanted no part of it.

Dale married Phyllis Sims in 1957 and they have three children. They are also blessed with 10 grandchildren and soon to be 15 great-grandchildren.

As a young man, Dale committed his life to Christ and followed Jesus wholeheartedly throughout his years. He was a student of the Bible and often could be seen in his home with study books spread around his chair. Many people enjoyed his teaching of the Word of God.

Dale was preceded in death by his parents, Art and Gladys DeLong; a brother, Dennis "Denny" DeLong, and a sister, LaDonna Wright.

He is survived by his wife, Phyllis DeLong; sister Bonnie Kretchmer of Redding, CA; his daughter Corlynn (Norm) Christofferson of Helena; his son, David (Julie) DeLong of St. Ignatius, and his daughter Shelley (Kevin) Miller of Corvallis, OR.

Dale passed away on September 29, 2021, at the age of 84. A memorial service will take place on Saturday, October 23, 2021, at Bridge Assembly, 725 Granite Avenue, Helena, at 1:00 p.m. Please visit http://www.helenafunerals.com/obituaries to offer the family a condolence or to share a favorite memory of Dale.