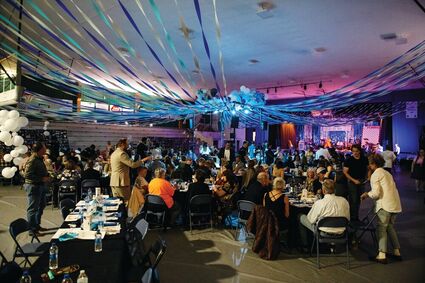 Montana Actors' Theatre had a "wonderful" weekend with the return of its Death By Chocolate, Executive Artistic Director Jay Pyette said this morning.

"There really is no other word to explain it," he said.

The fundraiser, the acting troupe's biggest annual fundraiser including auctioning off sponsorship of its plays, was the most successful fundraiser so far, raising nearly $90,000.

The event was canceled in 2020 due to the COVID-19 pandemic, and Pyette said some adjustments were made this year due to the pandemic, but it was a smashing success.