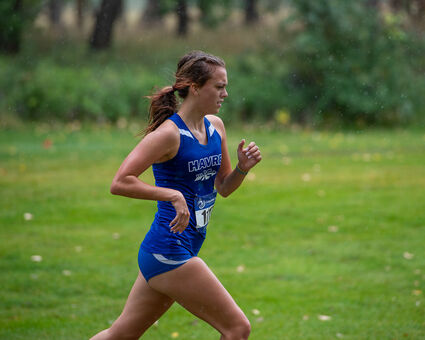 Havre's Emma Gillen runs at the Havre Invite at Prairie Farms Golf Course last month. The Havre High girls' cross country team took first at the Malta Invite this past weekend. Gillen took sixth at the meet with a time of 22:36.20.

After competing in several large meets the past few weeks, the Havre High cross country teams ran in a much smaller gathering of only 14 teams when they competed at the Malta Invite this past Saturday. Against less competition, the HHS girls team took first in their meet while the HHS boys team finished second.

"They actually surpassed some of the expectations I had," HHS head coach Erin Lynch said about her runners' performance. "Most of the kids had PRs so we're pretty excited."

The Ponies now only have one more meet before state later this month. As their season winds down over the next few weeks, Lynch and her runners are evaluating where they are compared to other teams to see what times they will need to run.

"We've been looking at the other teams and how we can break up their packs," Lynch said. "This next week, the girls are going to be targeting the Lewistown pack and the boys are going after Miles City and using what we did this weekend to be competitive with those two teams."

The HHS cross country teams will next run in the Fall Classic in Hardin this Friday. 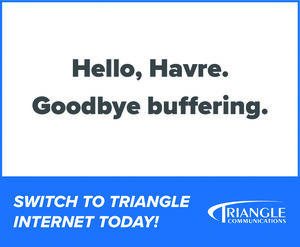