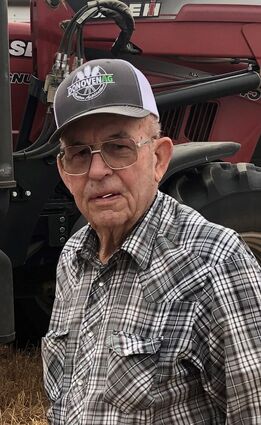 Please visit Lowell's online memorial page at http://www.hollandbonine.com to send a card or leave a message of condolence for his family.

Lowell was born on September 26, 1937, in Havre to Donald and Clara Donoven. He was raised on his family farm north of Kremlin, where he attended school. He graduated as a Kremlin Fox in 1956. On October 19, 1957, he married his high school sweetheart, Darlene "Toots" Johnson, and the couple moved to his father's farm where he farmed for a few years.

In 1960, Lowell began working for Wade and Aggie Clark, from whom he eventually purchased the farm. After raising two boys, Lowell and Toots slowed down a little and moved to Havre in 1996, but Lowell continued to farm.

When Lowell wasn't farming, he also enjoyed bowling, watching and attending rodeos and community sports. Lowell had a special gift of being able to visit with anyone about anything. In later years, winters were spent in Yuma, Arizona. He enjoyed his daily coffee groups and delivering treats to various businesses around town. He was well known for his random acts of kindness. He loved animals and had a special place in his heart for dogs.

Lowell was preceded in death by his wife of 60 years, Toots; his parents, Donald and Clara, and his brothers, Gene and Wayne.

Memorial contributions in Lowell's honor can be made to the North Star High School Athletics Program.