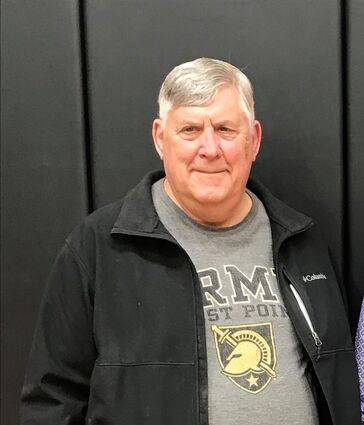 With a heavy heart we are sad to announce the loss of our beloved father, Donald "Don" Raymond Sullivan also known as Sully. Don, 74, passed away October 10, 2021, after a short but courageous battle with COVID-19.

Don was born February 27, 1947, in Butte to Joe and Virginia Sullivan. He attended grade school at a Catholic school in Butte, graduated from Butte Central, and attended MSU in Bozeman for two years.

Don married Lynda Zunick Sullivan, and to this union Chris was born. Although they were not married long, they remained life-long friends.

In 1972, Don remarried to Mary Cox Sullivan, and to this union Tawnia was born and Tim and Debra Conlan were added to the family.

Many remember Don as the local Schwan's man, owner of Sully's Town Pump, Buttrey's produce manager, insurance agent, building inspector, carpenter, and an avid golfer and bowler. More importantly, his kids, grandkids, and close friends will always remember him for his genuine heart of gold and witty comments. He never missed an opportunity to spend time with his family and especially a sporting event they were involved in.

His favorite sports teams were the Chinook Sugarbeeters, Helena Capital Bruins, and West Point Black Knights as his grandchildren all took part in these teams.

He is preceded in death by his parents Joe and Virginia.

A celebration of life will be held at a later date due to the resurgence of COVID-19. Condolences may be sent to either his son, Chris Sullivan, at Box 433, Chinook, MT or his daughter, Tawnia Smith, at 1509 Laurel, Helena, MT 59601. Memorials will be used to plant a tree(s) at the Chinook Golf Course.