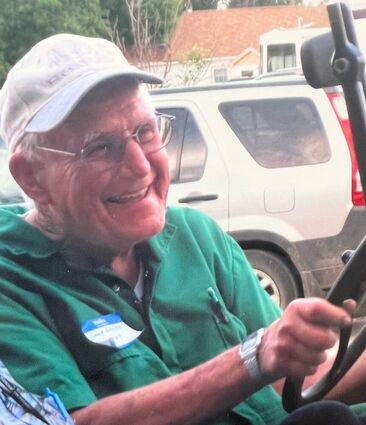 Douglas Keith Langel of Kalispell, formerly Rudyard, 89, passed away in his home October 14, 2021. Doug had recently been admitted to in-home hospice care and left the world knowing how much he was loved.

Doug, son of Theodore "Ted" and Evelyn "Netes" Langel was born October 18, 1931, in Havre. Doug attended and graduated from Rudyard High School in 1949. After high school, Doug furthered his education in the fields of agriculture, mechanics, and aviation.

He married Margaret Heidema September 27, 1976, and they lived in Rudyard until 2009, when they took up full-time residence in the Flathead.

Doug was very mechanically inclined and could often be found tinkering in his shop, "The Rudyard Auto Clinic," during all hours of the day. Additionally, he owned the family farm north of Rudyard that he actively worked until his "retirement" in the late 2000s.

Doug also had a passion for aviation and would pilot weekend trips with his friends to various destinations in his 20s and 30s.

Doug may best be known for his love of the Ford Model T, for the Model T was both his first and his last car! An avid member of the Montana Cross Country Model T Association, Doug drove in the Montana-500 Model T race countless times throughout his life, winning the 2003 Bozeman race.

Doug enjoyed spending time at his cabin in Glacier National Park, where he and his family would go to unwind in nature, boat on Lake McDonald and drive the Going-to-the-Sun Road in the Model T.

He is survived by his son, Brandon Langel of Whitefish; cousins Stan and Willa Rae Langel of Rudyard, and numerous other relations.

He was preceded in death by his wife, Margaret Langel, and brother, Donald Langel.

Services will be held at New Beginnings Lutheran Church in Rudyard Friday, October 22, at 10 a.m. Burial to follow at the Rudyard Cemetery. Please join friends and family for a luncheon at the church after.

The family asks that any memorials be sent to the Depot Museum in Rudyard.

Condolences can be made to Doug's memorial page at http://www.asperfh.com .