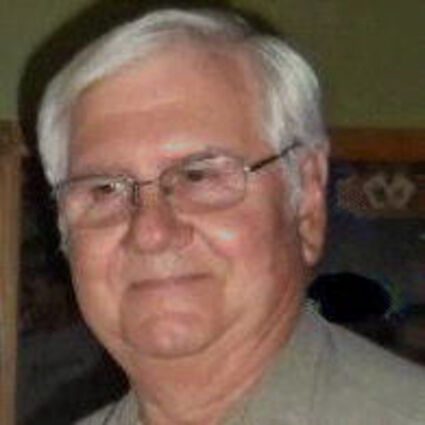 He was born and raised in Minot, ND.

In his early years, he raced late model stock cars and was a member of the NoDak Race Club, also flagging for sprint car races held in Minot.

He moved his family to Denver for five years, then Livingston, MT, with their two boys. He spent 37 years with Burlington Northern Santa Fe Railroad as an outside electrician and retired in Havre, MT.

He was a member of the Bullhook Bottoms Black Powder Club in Havre.

After retirement he moved with his wife to Belgrade to be closer to his children and grandchildren.

Larry was a member of the Belgrade Senior Center and enjoyed many lunches at the center. Larry was a friend to all and could spend hours visiting and telling jokes and stories. He enjoyed several outdoor activities including camping and fishing, more so driving his boat and letting others fish. He also spent winter months snowmobiling with his family, and after retirement continued to go camping and ATV riding.

Larry loved keeping records on any type of firearm and also spending time at the rifle ranges with family and friends, and for a few years mowed the Livingston Rod & Gun Club high-power range and also competed in black powder cartridge rifle matches for several years.

He also liked to spend time handing down his knowledge and experiences to family and friends, not to mention teaching his knot tying ability he learned as a Boy Scout.

Larry is survived by his wife, Sandy; two sons, Yancy (Martha) and Kynan (Karla). He is also survived by his sister, Tracy (Pete); and niece and nephew, Toria and Spencer. He has four grandchildren, Cameron (LeeAnn) Spencer, Austin (Sarah), and Bethany (Thijs); and two great-grandchildren, Jerry and Colt.

Interment will be at Mountain View Cemetery, Livingston, MT. A remembrance get-together of Larry's journey through life will be held in the spring of 2022 on a date yet to be determined.

Condolences and memories may be shared with the family at http://www.dahlcares.com .