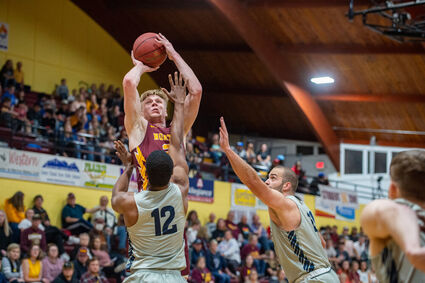 It's been a long time since the Armory Gymnasium was rocking for a men's basketball game. But the Montana State University-Northern Lights gave basketball-starved fans a reason to get rowdy the first time out.

In Northen's season-opener Tuesday night, the Lights built up a huge lead, only to see it all come undone in the second half, and then they were all of a sudden trailing rival Dickinson State 68-62 with three minutes to go.

And yet, Northern wasn't about to lose its first game in front of the home fans since 2019. Instead, the Lights rallied to outscore DSU 10-0 the rest of the way,...