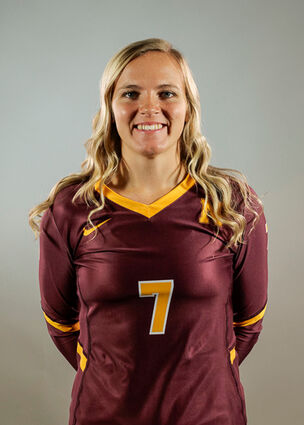 A pair of Montana State University-Northern Skylights, and one MSU-N football player have been named Frontier Conference Player of The Week.

Northern libero Shania Neubauer was named Defender of the Week after she had a match-high 31 digs in the Skylight’s three-set win at Rocky Mountain College last Friday. Neubauer is a senior from Belgrade. Also in the win, Emily Feller had 44 assists and 13 digs, earning her Setter of the Week honors. Feller is a freshman from Helena.

Northern kicker Sawyer Zook was named Frontier Conference Special Teams Player of the Week in football. In the Light...