2021-22 MSU-N Wrestling: Loaded Lights will be dangerous on the mat 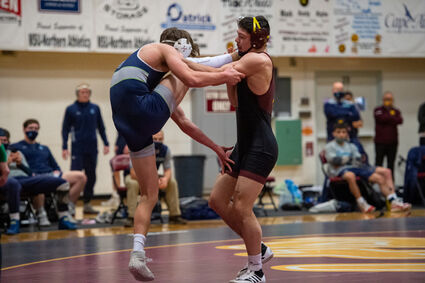 Montana State University-Northern's Chase Short, right, is one of three returning NAIA All-Americans for a Lights' squad that will be very, very good this winter. Northern opens its season ranked No. 11 in the last NAIA Coaches Poll, and starts the year at North Idaho College Friday night.

UPDATED: The Montana State University-Northern wrestling team has been really good, for a long time. That's thanks in large part to the coaching of now-veteran head man Tyson Thivierge.

But, as good as the Lights have been, could this be the season when they are even better?

That question will be answered over the next four months, but, given the trajectory the Lights have been on, and the roster they have this season, it's certainly possible that, Northern is headed for a big, big season on the mat.

Northern begins its quest for a special year this weekend, then, the Lights will return...