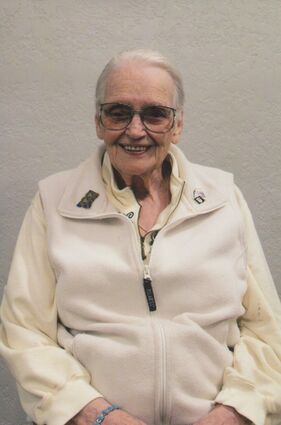 At her request, cremation has taken place and a memorial will be held for her in the spring of 2022.

Please visit Lola's online memorial page at http://www.hollandbonine.com to send a card or leave a message of condolence for her family.

Memorial contributions in Lola's honor may be made to the Havre-Hill County Library.

Lola was born April 11, 1928, in Lewistown, Montana, to Roy Piatt and Margaret Lillian Pilatt. She was adopted by Jack and Lida Donoven of Kremlin, Montana.

Lola was raised and educated in Kremlin, graduating from Kremlin High School. After graduation she and some of her girl friends took a trip, their goal was to see all fifty states. They saw 47 of them on that trip but missed out on Alaska, Hawaii, and Arizona.

She took various jobs working as a truck driver and as a waitress at a truck stop café. She married her first husband and they had one son. Her husband passed away from a war injury and left her widowed. She then returned to Kremlin to be closer to family and her mother passed.

She met Richard Holst and the couple dated and were married, making their home in Scobey, Montana. They later divorced while she was pregnant with her daughter, Sarah. Lola moved to Havre, Montana, and purchased a home for her and her two small children. She worked as a house cleaner and at Anderson Wholesale. She then took a position with the Havre Public Schools as a custodian, where she worked for 20 years.

She enjoyed reading, working in her yard, and planting beautiful flowers in her flower beds. She enjoyed watching the Seattle Seahawks and the Seattle Mariners. Lola was never one to sit idle, so she also volunteered at the Havre-Hill County Library. This created friendships and socialization that she needed. Tragedy struck when her son Michael was killed in a train accident in 1998.

She was preceded in death by her parents, her first husband, an infant daughter, Terry Ann Holst, and her son, Michael Holst.