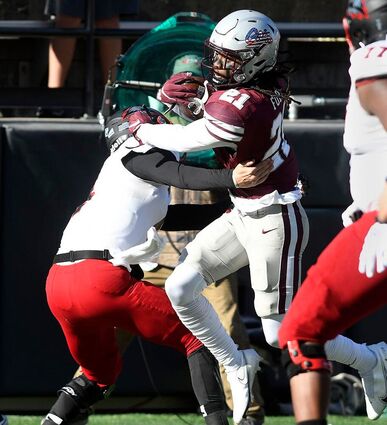 Montana's Justin Ford returns an interception for a touchdown during Saturday's Big Sky Conference game against Southern Utah in Missoula.

MISSOULA — It was far from the prettiest performance of the season, but Montana did just enough to hold on for a 20-19 win against Southern Utah in the final meeting between the two schools as Big Sky Conference members.

The No. 11 Grizzlies struggled with turnovers and penalties all day long, but a strong defensive performance that featured a pick six and a blocked field goal helped lead the Grizzlies to a victory and improve to 6-2 (3-2 BSC) on the season.

"That was wild," Head Coach Bobby Hauck said following the win. "I've never been around a game like that I don't think. I've nev...