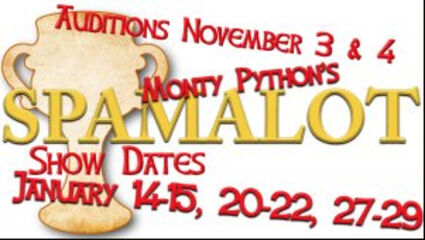 The local acting troupe is looking for some people to bring a musical version of Monty Python's comedy to the stage in Havre.

The release said the production has large singing, dancing, and speaking roles for at least 10 men and women. Smaller non-speaking and chorus roles also available, it said.

"The outrageous, uproarious, and gloriously entertaining story of King Arthur and the Lady of the Lake will delight audiences as the characters search for the Holy Grail and 'always look on the bright side of life,'" the release said.