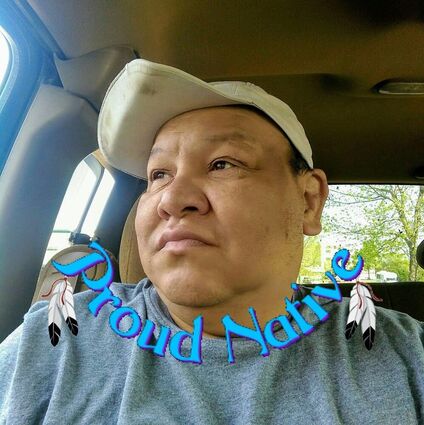 It is with great sadness that the family announces the sudden passing of Aaron Ross Yellowtail (Cappo) Standing Elk Who Stands Alone - Omaskoz Nipawi - at the age of 56. A father, brother, uncle, grandpa, cousin, and friend. Ross passed away Thursday October 28, 2021, at Benefis Hospital in Great Falls, Montana.

Cremation will take place and he will be returned home to Regina, Saskatchewan, for burial at Muscowpetung First Nation.

Ross was born September 15th, 1965, in Regina, Saskatchewan, to Frank and Florence (Cappo) Yellowtail. He was born in Canada and resided in Rocky Boy from the age of 6 to age 15.

Returning to Canada, he worked on repairing vehicles and was a trade mechanic.

In November of 2019, he returned to Rocky Boy to live with his sister Elizabeth. He enjoyed socializing with anyone he met and spoke very fondly of his four daughters and only son. He spent many hours having mushum and baby time with his granddaughter Emrie Ann and they developed a close bond for the 10 months she has been on this earth. Ross also enjoyed gambling and casting a line once in a while. He loved to barbeque and sit outside playing with the dogs. He loved his family very much and was so proud to be called mushum (grandpa).

Please visit Aaron's online memorial to send a card or leave a message of condolences for his family at http://www.hollandbonine.com .