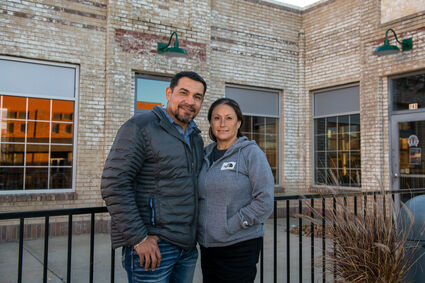 Steve and Jenny Parker pose in front of their future restaurant. They are in the process of converting Old Station Brewing Co. to Parker's BBQ.

Old Station Brewing Co. had been a mainstay on First Street for the past four years. However, the brewery's time has come to an end as it was bought out by Parker's BBQ Pit, which has traditionally been a food trailer. With the purchase of the property, Steve Parker said, he looks forward to expanding his business.

"The opportunity came up and we decided to go ahead and jump on it," Parker said. "Our barbecue business had been growing for a couple of years as a food trailer so we thought we'd take an opportunity to transition to a brick-and-mortar."

Parker's BBQ is still a ways away bef...