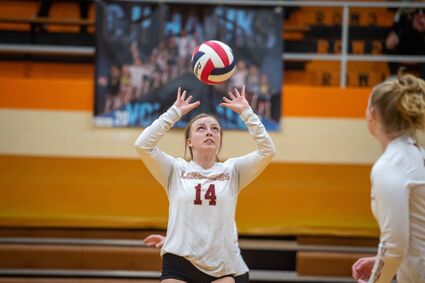 Ashlee Wang and the Fort Benton Longhorns won the Northern C volleyball championship Saturday in Belt. The Longhorns now advance to the Class C state tourney this weekend in Bozeman.

The Fort Benton Longhorns came up short in the District 7C volleyball tournament. But, in the even-tougher Northern C Divisional, the Longhorns didn't let history repeat itself.

On Saturday afternoon, Fort Benton swept Simms by scores of 25-22, 25-20 and 25-13 to win the Northern C championship for the second year in a row. In the title match, Emerson Giese had 10 kills and nine digs as the Longhorns took home the title in Belt.

While Fort Benton's win in the championship match was decisive, the Longhorn's got a huge victory Friday night when they beat Geraldine-Highwood by scores of 25-2...