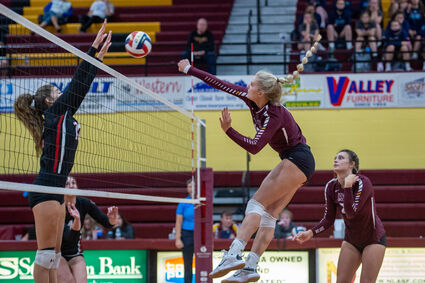 With the conclusion of the 2021 Frontier Conference volleyball tournament, the league announced its postseason honors, and several Skylights were a part of it.

Northern had a pair of All-Conference honorees for the 2021 season, including senior Rylee Burmester. A senior outside hitter, Burmester was named First-Team All-Conference after tallying a league-high 349 kills this season. The honor was the third All-Conference selection of Burmester's standout career at MSU-N.