Cat-Griz 2021: Dylan Cook's journey is what the Cat-Griz game is all about 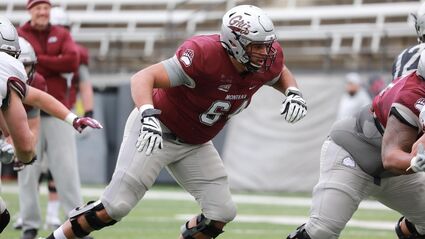 Montana senior offensive lineman Dylan Cook has had quite the journey, and now, he's about to play in perhaps the biggest football game of his life when the Griz host the Montana State Bobcats in the 120th Brawl of the Wild this Saturday.

The Cat-Griz rivalry is full of all kinds of success stories. Even several that are connected to Havre and the Hi-Line.

Yes, none of us will ever forget Marc Mariani's story or that of one of the area's greatest sporting legends, Mike Tilleman.

On Saturday in Missoula, there will be another connection between Havre and the Cat-Griz game, and it came by way of Montana State University-Northern, and before that, Butte, America.

And it's a story that I really admire.

Like any story, this one begins with a "Once Upon a Time" when Dylan Cook was a young high school football player making big...