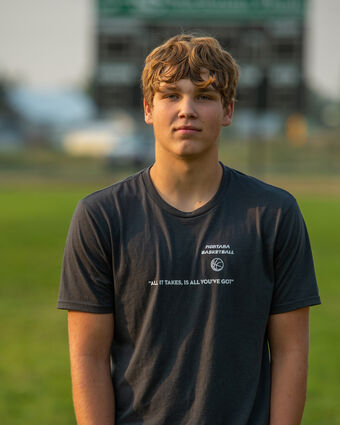 Big Sandy had another great year on the gridiron, and quarterback Braydon Cline was a big reason why. In Big Sandy’s last two playoff games, including Saturday’s narrow loss at Froid-Lake in the Six-Man semifinals, Cline threw four touchdowns and also rushed the ball extremely well, as he helped the Pioneers advance to the Six-Man semifinals for yet another season. Cline will now play for the Pioneer basketball team this winter.

The Havre High volleyball team made an amazing run at last weekend’s state tournament i...