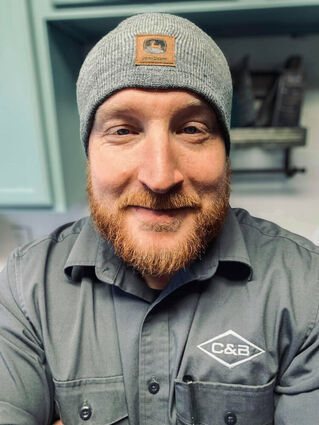 Cody Drabbs was born to George and Darcie (Hansen) Drabbs August 4, 1988, at the Francess Mahon Deaconess Hospital in Glasgow, Montana. He was brought home to his big sister, Jennifer, and quickly became her pride and joy and biggest annoyance.

Cody had a love for the outdoors at an early age and always seemed to escape only to be found on his three-wheeler, between a horse's legs or at the creek. His mischievous smile always saved him from getting into trouble. He loved spending time with his most favorite person in the world, his grampa Foran Drabbs, and would spend hours building creations on his grampa's lap.

In 1994, Cody moved with his parents to Malta, where he began school at St. Mary's Catholic School then later Malta Elementary and graduating from Malta High School in 2008. Cody was a quiet kid, school wasn't easy for him but he was a fiercely loyal friend and never had a cross word to say about anyone. He went to a semester at MSU-Northern in Havre for mechanics, but made his way back to the ranch where he was the most content. Helping his dad and teasing his mother were constants while there.

Cody worked various jobs but he always seemed to come back to selling parts. His slight OCD and love of order made him an asset to C&B John Deere, where he worked in the parts department. If you ever needed anything and went into the store, you were greeted with his smiling face and willingness to help solve your problems.

His family knows him for his kind sweet soul, selflessness and his love of animals. The number of cats that he saved, tamed and collected over the years is unknown, a few can still be seen wandering around the ranch and some inside the house. He had just adopted a new puppy, Grace, and was so very proud of her and sent photos and videos of her antics and brought her to everyone to show off.

Cody was a little bit of a collector and was alway dragging something home to modify or build. Dad would just shake his head as he would haul something off only to find it back in Cody's room a few days later. He always had a purpose or a project for everything. He loved his guns and swords and knives and had a vast collection of all. Hours would be spent creating a knife or making and replacing handles. He also had a love for all things in Norse mythology.

He was not much of a social creature and preferred to hang out with his parents or play cards with his nephews or friends. He had an amazing bond with his oldest nephews and never hesitated to bounce on the trampoline or swing his younger nieces and nephews around. He had the most sincere heart and the kindest soul.

He is preceded in death by his grandparents, Dennis and Shirley Ann Hansen and Foran and Alfreda Drabbs, and his great-aunt Ethel Stender.

He is deeply missed, loved and remembered by his parents, George and Darcie (Hansen) Drabbs; his only sibling, Jennifer Calkin (husband Warren); his nephews, Mathew and Auston Stevens, Cade Calkin, and nieces, Reagan and I'Zaya Calkin.

A celebration of life will be announced and held at a later date.