Artitudes in Atrium closing in December 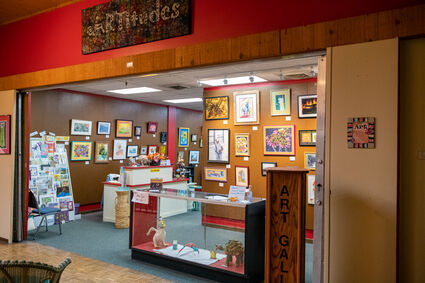 Artwork is displayed in Artitudes in the Atrium Mall. Members of the cooperative art gallery said the gallery will close in December due to declining membership.

After nearly two decades of giving artists a place to show and sell their work, Artitudes in The Atrium Mall is closing.

Kris Shaw, who spearheaded the creation of the artist's cooperative gallery with Mary Nault in 2004, said it will close toward the end of December.

"It's sad, but we're down to too few artists to pay the rent," she said.

Ginny Streeper, one of the founding members, said it first opened in the former U.S. post office and federal courthouse on the 300 Block of Third Avenue, then called Havre Heritage Center and since renamed Havre Historic Post Office. It later moved to...