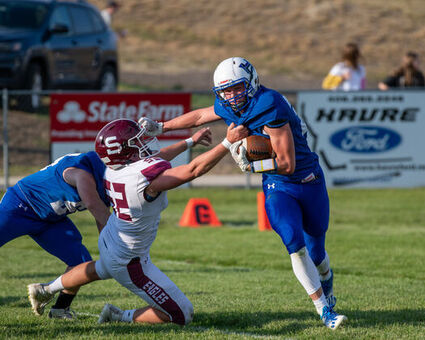 Orion Thivierge earned Class A All-State honors for the third year in a row.

Kale VanCampen also made the list on both sides of the ball, earning Second-Team nods at both linebacker and fullback.

Other honorees on offense included, Randy Tommerup as a Second-Team OL, and Stephen Preputin as Honorable Mention OL, as well as Lukus Fahl as Second-Team kicker.

On defense, Justin Rosgaard earned Second-Team honors on DL, while Riley Pleninger was HM at CB.