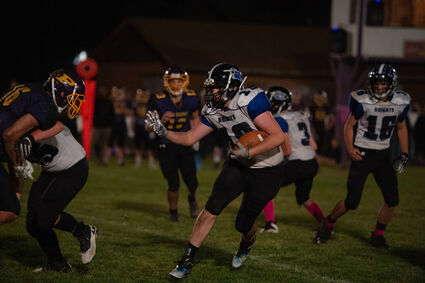 The 2021 Six-Man football season came to an end last weekend, so now it's time to hand out the honors. And many area players earned Six-Man North All-Conference/All-State accolades.

As usual, the Big Sandy Pioneers were well-represented with Braydon Cline, Rusty Gasvoda and Kody Strutz earning All-Conference honors as the Pioneers once again reached the Six-Man semifinals this season.