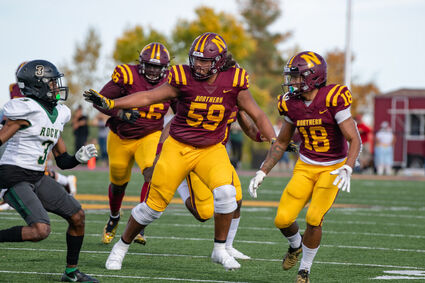 The Montana State University-Northern Lights made some strides this past season, and it showed again Tuesday when the 2021 Frontier All-Conference Football Team was announced.

The Lights had four All-Conference players, the most they've had in one season in several years, led by offensive lineman Tristin Willis, who earned First-Team Offense honors. Willis is the third Northern OL to earn All-Conference in the last four seasons.

On the other side of the ball, MSU-N had three defensive players named Second-Team All-Conference.