Compton of the Palace Bar retiring after long career 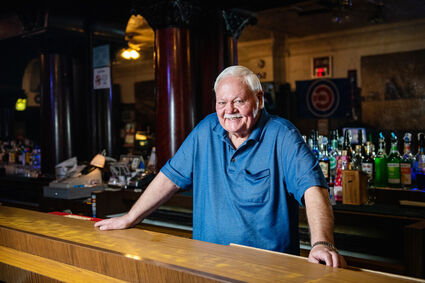 Jupe Compton stands behind the bar at Palace Bar. After decades of running the bar, second-generation owner Compton has sold the bar that has been in his family for at least most of a century and is retiring.

After decades on the job, Palace Bar Owner Jupe Compton is selling the business and retiring soon.

Compton says leaving is bittersweet and he's enjoyed his time at the Palace immensely, but he's had a good run and it's time for the next generation to take over.

Compton is 75 years old and has spent most of those years as the bar's owner after buying it from his father in 1974.

He said he did janitorial work at the bar when he was a freshman in high school and his father, Ward Comp...