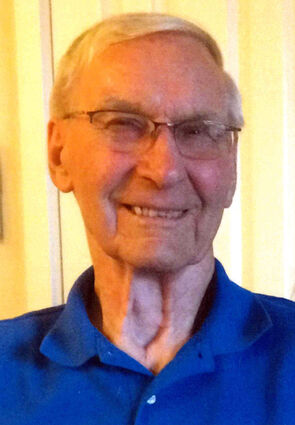 He was born April 2, 1928, in Havre, MT, and grew up on the family farm homestead north of Havre. Jack's childhood and teen years (when not in school) were spent working on the family farm and working for other farmers, setting pins at the bowling alley, working as a hotel bell hop, and working at the Ford Garage and the Chevy Garage. He loved cars but had to sell his first car to have enough money to get married to Eunice Swinney on April 6, 1948.

After his marriage, he worked for Buttrey Foods for six years working his way up to meat manager in Havre, Helena, and Great Falls before fulfilling his dream at the age of 26 to start farming north of Gildford, MT,where he farmed for 30 years before retiring in 1984 and moving to Kalispell.

He moved to Bozeman in 2004 with his wife, Eunice, to be closer to family. He and Eunice were married for 65 years before she died in 2012. Jack has lived at the Bozeman Lodge for the past 11 years and has enjoyed the staff and the many new friends he has made over the years while living there.

Jack and Eunice were devoted to the Lord and served and worshipped at the Gildford Baptist Church and later at the Kalispell Central Bible Church. Jack and Eunice set in motion the family legacy of faith in God and emphasized higher education. They were grateful and proud that their five children all graduated from college. As Jack aged, he was thrilled to see not only his children but also his grandchildren and great-grandchildren know the Lord and carry on the family legacies of faith in God and emphasizing education. To know Jack was to know "kindness" as those who knew him well could attest. As Jack recognized the end being near, he held on to the promise of Jesus, "Everyone who believes in Jesus HAS eternal life" John 6:40.

There will be a private Graveside Service for the family.

Arrangements are in the care of Dokken-Nelson Funeral Service, http://www.dokkennelson.com .