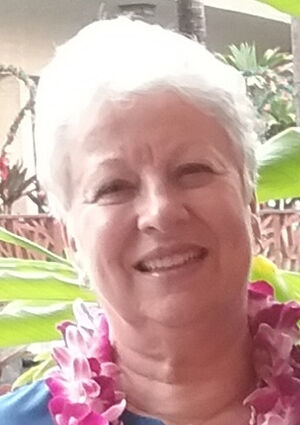 Joanna Toni (Peressini) Kurtz, 74, passed away on December 4, 2021, at the University of Utah Hospital in Salt Lake City, Utah.

She was born on July 22, 1947, and grew up in Havre, MT.  She was the daughter of Tony and Carmela Peressini. She attended St. Jude's high school and Northern Montana College in Havre. In 1962, she met her best friend and future husband, Bob. It wasn't until 1992 that they finally married and became one happy couple.

In the interim years, she married and had two great children, Robert Kemp of Portland OR, and Wendy (Don) McPherson of Boise ID.

Joanna always worked hard to provide for her family. She was employed at Northern Montana College, working in the financial aid office, the arts and sciences department, and finally in the education department.  She always liked working with the students and found them providing her with a joy in getting them to their degree goals.

After 31 years of working with Northern she retired and found herself being drawn to the Court Appointed Special Advocates - CASA - program.  She joined the program as the Havre director and through her hard work brought life to a group of volunteers that continues to advocate for children in need of support.

After five years with CASA, she was again ready to retire.  She and Bob moved to Helena in 2011 to be closer to her stepchildren, Christen (Kevin) Turner and Jamie Kurtz. Here she had a chance to do some of her favorite things - gardening and reading. Always looking for something to do, she became a volunteer with the Helena Food Share program where she worked until her demise. She found the volunteers and the Food Share clients to have one thing in common - humanity. Her volunteer work pleased her, and it made her heart feel good.

Joanna was preceded in death by her parents and a brother, Daniel.

Joanna would ask that any donations be made to the Helena Food Share or your local food bank.