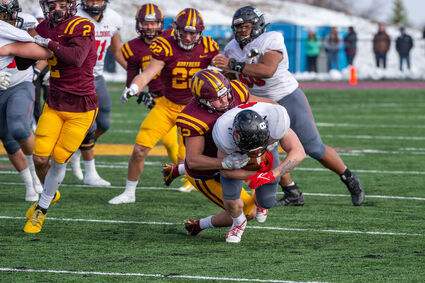 For the second time in 2021, Montana State University-Northern linebacker Dylan Wampler is an NAIA All-American.

The AFCA announced its 2021 NAIA All-American Team on Monday, and Wampler was named Honorable mention. He also earned Honorable Mention honors during the special, four-game spring season back in May.

Wampler, a 6-1, 240-pound junior linebacker, had a Frontier-best 112 tackles this season, which ranked him seventh in the NAIA. He had 63 solo tackles, and averaged 10 tackles per game. Sampler was also Second-Team All-Conference in the Frontier this past season.