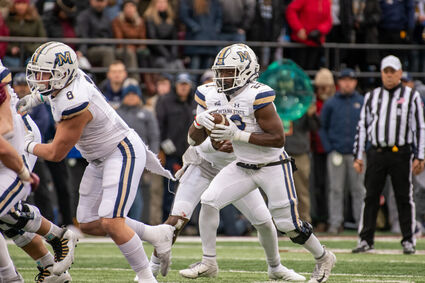 Isaiah Ifanse and the Montana State Bobcats host South Dakota State in the FCS semifinals Saturday at noon in Bozeman. The game is the first semifinal to ever be played at Bobcat Stadium.

Has there ever been a bigger day in Bozeman?

Maybe the aftermath of the 1984 Division I-AA national championship game, but that was a long time ago. In fact, it's been an agonizingly long 37 years since the Montana State Bobcats played for, and last won a national championship. And while it's only been two long years since the Bobcats last went this far in the FCS playoffs, that 2019 semifinal appearance at North Dakota State doesn't even compare to what's about to happen Saturday.

No, this time around, the Bobcats get a shot at their first national title game since that magical, '84 seas...