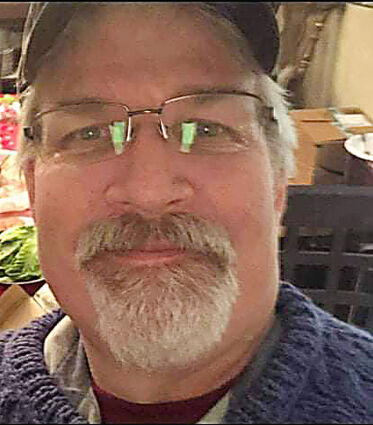 Cremation has taken place. Holland & Bonine Funeral Home has been entrusted with arrangements.

Please visit Eric's online memorial page and leave a message of condolence for his family at http://www.hollandbonine.com .

Eric was born January 14, 1967, to Charles and Shannon Fuhriman Holmes. When he was 5, the family moved to Havre, where he lived for 49 years. As a young man, Eric was involved in 4-H and the Boy Scouts. Like his father and brothers, Clint and Cory, Eric achieved Eagle Scout status. For his Eagle Scout project, he made 200 wood duck nest boxes that were distributed all over the state.

After graduation from Havre High School, Eric attended Northern Montana University and Utah State University. While he had several jobs as a young man, the bulk of his career was spent working for BNSF as a locomotive engineer for 24 years. He was a proud member of BLET, Local 392.

Eric married Elizabeth Pyette in 1995. Family was very important to Eric and the Holmes family would have "Family Night" every Thursday, and Eric would be the chef. He was a great cook and his specialties included lasagna, pot roast, egg rolls and cheesecakes. Eric also enjoyed trap shooting, home improvement, playing guitar and piano, and traveling. He especially loved his vacations to Seattle, Portland, Canada, Mexico, and Europe.

He was preceded in death by his father, Charles Holmes; father-in-law, Jerry Pyette; and cousin, Lisa Fuhriman Beaudette.

Per Eric's request, there will be no funeral. Family and friends are invited to a celebration of Eric's life Wednesday, December 29, at 5 p.m. at the Eagles, 202 First Street, Havre.