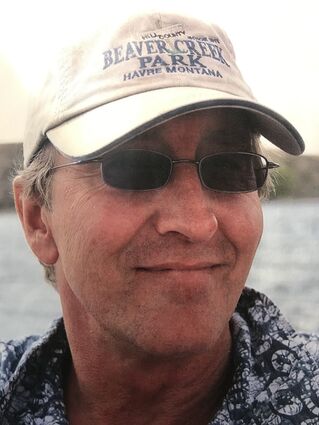 Billy was born in Malta, MT, February 11, 1965, to MaryAnn and Leroy Buerkle. The family moved to Havre later that year. Billy had four siblings and a half-sister.

He graduated from HHS in 1983. After high school, Billy worked for Wilson Farms during harvest and for Clarence Anderson on a ranch south of town. He was employed by Tom Hendrickson erecting grain bins and he gained valuable experience working for Steve Hedstrom Construction and Jim Brough Construction.

In 1993, he married Becky Sterner and had an instant family with her daughter Mandy Fialkosky. Becky passed in 2003.

Billy hired on the railroad in 1988 working his way from a laborer in Track Department to the #1 locomotive electrician at the BNSF Havre Diesel Shop.

In 2008, he began dating Sheila Forshee, and they remained together through his passing.

As a child, this little guy would hardly say a word; of course, as he aged he wasn't afraid to speak his mind and to some, he may have appeared grumpy. Mandy described him as "a quiet soul with a heart of gold." Billy never looked for praise or to be in the spotlight, always commenting he couldn't cook or build, and he didn't know anything either! But we all realized and appreciated the extra ordinary talents he possessed and continually shared with us.

After Becky died, Billy just wanted to live and not be bothered with life's worries. He was an explorer and always up for an adventure, whether it be a bike or motorcycle ride, swimming, four-wheeling, camping in the Bear Paws, Zortman, Fresno, Tiber, Hungry Horse or Tally Lake; boating, snow or water skiing, fishing at Holter and Fort Peck, watching the elk bugle, hiking in Glacier Park, traveling to Seattle and Hawaii, climbing Mount Otis, floating the Missouri and North Fork Rivers, picking huckleberries, brandings, kayaking, outdoor lawn games and star gazing! He enjoyed lighting the way, literally with his laser light shows at campsites and solar light setups in his home.

Billy was an excellent craftsman. He and Becky built a beautiful cedar strip canoe. He constructed end tables from re-purposed pallet boards, oak rocking horses, a wedding arch, dining room table, intricate birdhouses and he recently fabricated a one-in-a-million tear drop camper from scratch. He was a skilled carpenter who had the patience to think through a situation and make the imperfect perfect. He was an awesome chef with many specialties and could grow just about anything whether it was a house plant, a tree or a thriving garden.

Billy could truly give the best real HUG, and he was an amazing grandpa and role model. He was always helping others and had the ability to nicely communicate his electrical and building knowledge to those requesting assistance. Billy worked very hard at home and at work in order to make a decent life so he could enjoy the "fruits and toys" of his labor.

Billy left us so fast, we didn't have the chance to say goodbye. But he wasn't alone as part of us went with him that day. We will think of Billy in every calm and quiet morning, hear his voice in the wind and see his brilliance in every glowing sunset and with those loving memories, we pray to never feel alone.

Billy was preceded in death by his parents, grandparents, Becky and half-sister, Ardyce Buerkle.