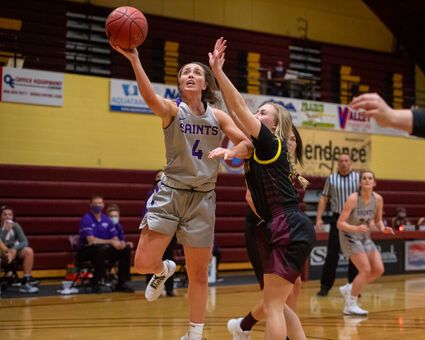 Former Havre Blue Pony Dani Wagner, left, is an NAIA All-American, who leads the nationally ranked Carroll College Fighting Saints again this season. Carroll is picked to win the Frontier, but the field of six teams is as deep as its ever been.

Year in and year out, Frontier Conference women's basketball is as good as any in the NAIA. The league routinely sends quality teams to the national tournament, and has recently produced national champions and championship contenders.

And though there will be changes to the 2022 season, the fact that the Frontier is the best conference in the NAIA won't. In fact, the league might be better than ever this winter. And that's exciting because, fans are back in the stands, the schedule is new, and 2022 has all the makings one exciting season. Here's a look at the Frontier, team-by-team, in the...