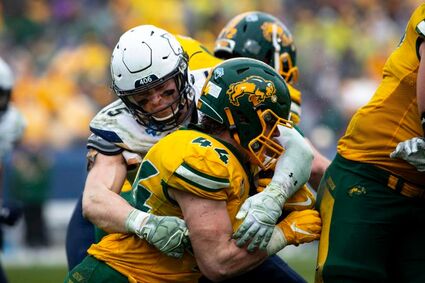 FRISCO, Texas — North Dakota State was stout in the run game rushing for 380 yards while keeping Montana State out of the end zone for 55 minutes en route to a 38-10 victory over the Bobcats Saturday in the FCS National Championship game at Toyota Stadium.

The No. 8 Bobcats received the opening kickoff and marched down the field 37 yards into NDSU territory behind the efforts of quarterback Tommy Mellott. However, Mellott sustained an injury at the end of the drive and Montana State was forced to punt. The Bobcat freshman signal caller wouldn't see the field again. Second-ranked NDSU r...