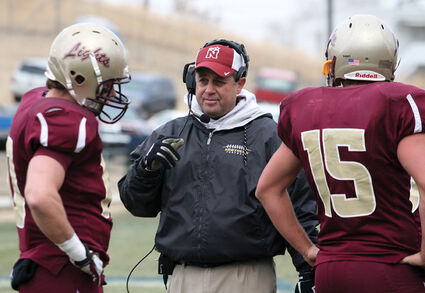 Mark Samson coaches during a 2011 Frontier Conference football game at Blue Pony Stadium. Samson is the all-time winningest coach in Northern history, and he also coached the Havre Blue Ponies for one season, before moving on to Great Falls High. Samson announced his retirement from GFH last week.

He did it kind of quietly. Which is exactly how he wants it. I know him well enough to know, he doesn't really want anyone to make much of a fuss about it. But, sorry Mark, I'm going to make at least a little fuss about you retiring.

My good friend, and one of the best coaches I’ve ever known, Mark Samson announced last week he was retiring. And that’s a bittersweet announcement.

First off, Mark Samson is simply one of the best football coaches in the modern era of Montana football, at all levels. He did at the high school level, at more than one school, and he did at the Frontier Con...