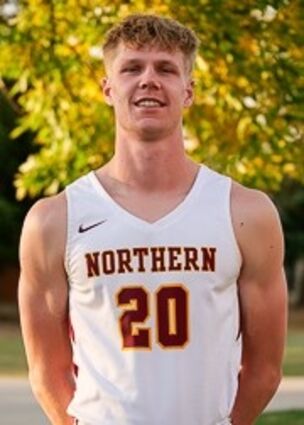 Kelter is a 6-6 junior from Anacortes, Washington. Northern beat Rocky Mountain College and Montana Western this past week, with Keltner averaging 17.5 points and nine rebounds per game. He had a double-double against Western Saturday.

Abdul Bah of RMC and Sindou Diallo were also nominated. N’dea Flye of RMC was named the Frontier Conference Women’s Player of the Week. Peyton Kehr of MSU-Northern was al...