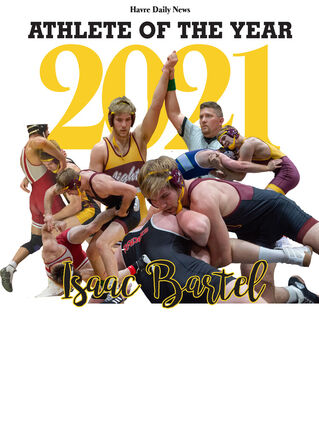 At the end of his 2021 season, Montana State University-Northern’s Isaac Bartel was standing on top of the NAIA wrestling mountain. After three years of coming so close, Bartel finally was able to be called a national champion.

For that, he’s been named the Havre Daily News Area Male Athlete of the Year.

But, it wasn’t just one match that got Bartel to the top of the mountain. It was years of training, dedication, matches and more.

For all of Bartel’s success on the wrestling mat since he arrived at Northern five years ago, so much of it has to do with how hard he works.