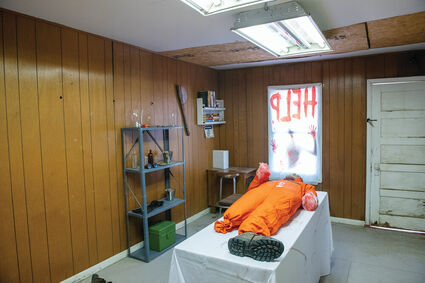 A room on the Great Northern Fairgrounds is decorated last October as part of an escape room. The state acting fire marshal said facilities on the fairgrounds would be acceptable under state fire codes for future escape rooms.

The Great Northern Fair Board met with Acting State Fire Marshal Dirk Johnson and local representatives from the Montana Department of Labor and Industry to discuss fire codes and concluded that all typical events held on the Great Northern Fairgrounds, with the exception of indoor haunted houses, can proceed as normal, with a few caveats.

The issue of fire code compliance on the fairgrounds became a local controversy when a number of Halloween events, including an escape room, a haunted house and a concert, were nearly canceled in October when their legality was called into question due t...