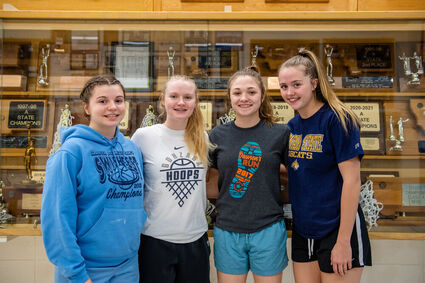 Over the past month or so, the Havre High girls basketball team has made it look easy with 12 straight wins. But Tuesday night on the road, the Blue Ponies had to work for it against Fairfield.

The Eagles played well in the first half and even took a 21-20 lead heading into halftime. But the Ponies were able to find their groove in the second half as they eventually pulled away for the 48-28 win.

"Fairfield played really well in the first half. They handled our pressure well," HHS head coach Dustin Kraske said. "It allowed us to experience a little bit of adversity being down one at half...