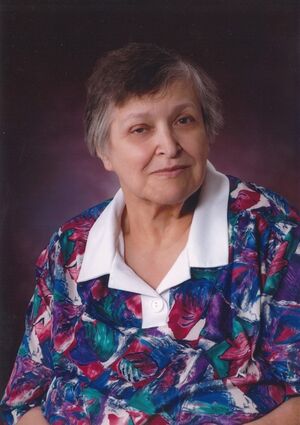 Charlotte Carol Kuntz was born to Jacob and Mary Ereaux Kuntz December 22, 1946, at Fort Belknap and passed away December 18, 2021, in Great Falls with family by her side after a short illness. She was raised in Harlem, Montana, the 10th of 13 children.

Charlotte received her education in Harlem schools then went on to graduate from the Job Corps in Iowa and The Life Skills Program in Olympia, Washington.

She was a nursing aide in Havre, then left for Olympia, Washington, where she worked at St. Martin's College and also helped with the care of her sister Lorraine's children. After many years, she relocated to Kalispell and then eventually Havre.

Charlotte was preceded in death by her loving parents, brother Robert Gray, sisters Lorraine LaHaie and Elaine Bastin, two nieces and one nephew.

She is survived by brothers Michael Gray of Colville, Washington, Reuben and Richard Kuntz of Harlem, Jack Kuntz of Billings, Montana; sisters Marilyn Bentz of Seattle, Washington, Judy Geraghty of Fairbanks, Alaska, Monte Birdsell-Bogdon and Clarice Ritter of Camas, Washington, and Evelyn Patterson of Lewistown, Montana, 28 nephews and nieces and numerous other family.

Services will be announced at a future date.