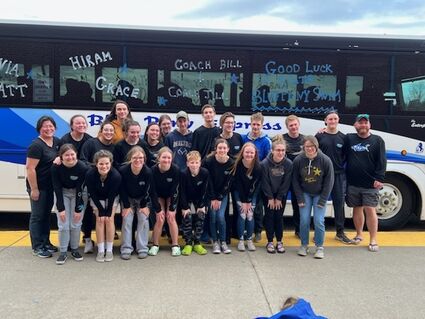 The Havre High swim teams pose for a photo after competing in the Class AB State Swim meet in Great Falls this past weekend to end the season. The HHS boys team took sixth in their meet with a score of 23 points while the HHS girls team also finished sixth in its meet. Billings Central took first in both the boys and girls AB meet.

As the winter sports season comes to a close, several Havre High teams are looking to end their years on a strong note. This past weekend in Great Falls, the Havre High swim teams finished their season with the state meet. The Blue Ponies faced tough competition over the weekend as both the boys and girls teams finished sixth in their respective Class AB meets.