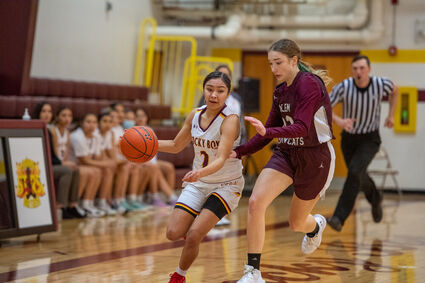 Rocky Boy's Jourdai Coffee dribbles the ball against Harlem earlier this month. The Harlem and Rocky Boy basketball teams will begin the postseason with the District 2B and 1B tournaments this week.

The Harlem boys basketball team will begin the District 2B tournament Thursday night with a game against Wolf Point. The Harlem Wildcats enter the tournament as the No. 3 seed with an 8-5 record. The Wildcats are led by a strong seniors class of players such as Tyler Cichosz, R.J. Ramone and Daniel Lawr...