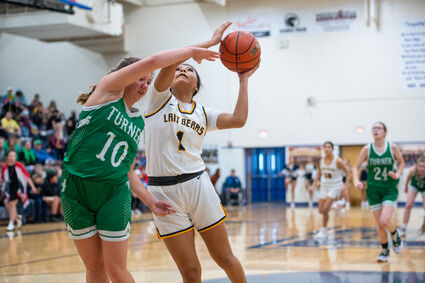 The District 9C girls basketball tournament returned to the Havre High Gymnasium on Thursday. Eight teams will battle for the three spots to next week's Northern C Divisionals, so everyone will be looking to be at their best this weekend.

In the first game of the tournament, No. 1 seed Box Elder looked primed for a run as they defeated No. 8 seed Turner 66-22.

"We came out with a lot of energy," Box Elder head coach Joel Rosette said. "I thought we did well executing the game plan, so the girls came out with everything we wanted to start the game."

The Bears knocked down some shots to...