THEY'RE BACK: Havre High boys returning to state with a fourth-place finish at the Eastern A

Ponies knock off Central to reach first state tournament since 2016 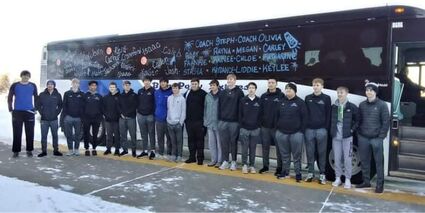 The Havre High boys basketball team finished fourth at last weekend's Eastern A in Billings. The Ponies are headed back to the Class A state tournament for the first time since 2016. The Havre Daily News will have wire-to-wire state tourney coverage all next week.

Heading into the Eastern A Divisionals at the First Interstate Arena in Billings this past week, the Havre high boys basketball team just had one goal: win two games to qualify for the Class A State Tournament. Things did not start great for the Blue Ponies as they lost to Laurel Wednesday to start the tournament. But with the season on the line, the Ponies rallied.

First, they battled Hardin to pull out a 58-57 to win their first game of the tournament. The Ponies then pulled out a 54-51 win in a tough contest against Billings Central to make it to the consolation game. Even though the Po...