Harlem girls hoops hoping to advance at Northern B 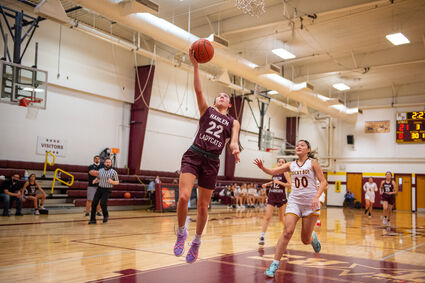 Taya Trottier and the Harlem Wildcats play Fairfield in the first round of the Northern B girls tournament Thursday in Cut Bank.

Now it's the Harlem girls turn.

One week after the Harlem boys basketball team advanced to the state tournament, the Harlem girls will take their shot at moving on when they play in the Northern B Divisional Tournament, Thursday through Saturday in Cut Bank.

Harlem finished fourth in the District 2B two weeks ago, advancing to the divisional tournament for yet another season. And while the Wildcats have a tough first-round opponent in 1B champion Fairfield, they won't be a pushover.

Led by Montana State University-Northern signee Taya Trottier, the Wildcats have had an up-and-down seas...