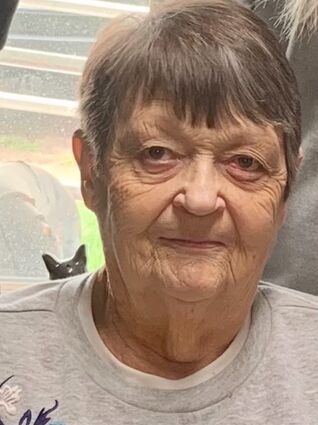 Connie (Robinson) Meredith, 79, passed away peacefully at home surrounded by her family and dogs on February 25, 2022.

Connie wished to be cremated. A celebration of life will be announced at a later date.

Connie was born September 23, 1942, to Warren "Bud" & Olga (Laursen) Robinson in Havre, MT. She married John Meredith March 3, 1967, and they were happily married for 52 years. She was a beloved wife, mother, and grandmother. She spent the last 40-plus years as a bookkeeper for many establishments in Havre.

Connie was a simple woman, she enjoyed her family, friends, career, and hobbies. Some of her favorite hobbies were crocheting, knitting, puzzles, card games, reading, and being with her dogs. Most recently, she enjoyed her nightly FaceTime calls with brother-in-law Steve Meredith and sisters-in-law Ruby Emerson and Patricia Haskins. Connie's biggest dream was to win the lottery and own some land to rescue animals that needed a home.

She is preceded in death by her husband, John; son, Dustin; brother, Tom Robinson; and parents, Bud and Olga Robinson.

She is survived by her daughter, Chris (Ken) Twedt; grandchildren, Chance Twedt and Kali (Jesse) Corbett; adoptive son, Stuart (Amy Ryan) Swanson, and many nieces, nephews, family, and friends, far too many to mention.

In lieu of flowers, Connie wanted donations to be sent to the Havre Animal Shelter in Havre, Montana.