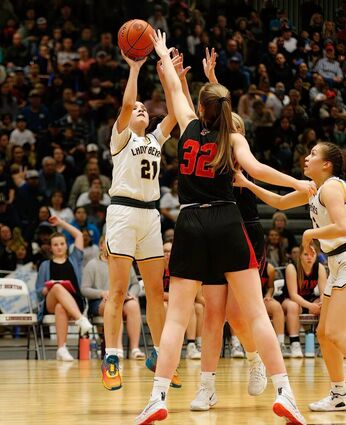 GREAT FALLS — The last time the Box Elder Bears played for a state championship, they did so in the Four Seasons Arena. That was 20-19 when the Bears won it all for the second year in a row.

Fast forward to Saturday night, and there they were, playing for another state championship in Great Falls. This time though, it didn’t work out, as the Bears fell to Northern C rival Roy-Winifred, 48-40 in the 2022 Class C state title game inside a sold-out Four Seasons Arena.